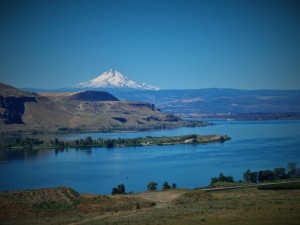 Mt. Hood from the bank of the Columbia River Gorge

2021 Board of Directors and Officers

Born in Cheyenne WY, I’m a cowgirl at heart.  At the age of 6, my family moved to Oregon where I grew up to wrangle worms, round up weeds and ride a bike. Fascinated by life science, I obtained undergrad degrees in first Biology (U of O), then Medical Technology (OHSU), and worked in laboratory medicine to eventually settle in clinical microbiology.  After 15 years in my first career, I bailed from the hospital realm to stay home with the kids, grow an organic garden, serve as the school science mom and coordinate a southern Oregon backyard compost education program.  Composting became my passion.  I volunteered with the Composting Council of Oregon, attended Biodynamic meetings, built hot piles, and spread black gold to grow killer salsa ingredients.

At the age of 47, I uprooted my family and moved to Corvallis to pursue a Masters in Soil Science at OSU. Research in food waste composting married with scholarly adventures into soil physics, chemistry and biology prepared me for gainful employment as a member of the award-winning Benton SWCD Education and Outreach team. In August 2008, I attended a Soil and Water Conservation Society workshop on Soil Quality which catalyzed my latest passion to revive regard for soil. Besides that, I’m the luckiest person ever – happily married to Mr. Wonderful for nearly a million years and mom to the two greatest adult kids on this amazing little planet, Earth.

Russ Hatz received his BS in Forestry Management from Iowa State University in 1975.  While a student he worked for the US Forest Service in Union, Oregon for two summers.  After graduation he joined the Peace Corps and served as a forester in Liberia, West Africa. After returning from Africa in 1977, Russ was hired by the Makah Indian Tribe in Neah Bay, Washington to conduct an inventory of the Tribe’s forest lands.  Upon the completion of the inventory he started work with the Department of the Interior, Bureau of Indian Affairs as an Timber Sale Administrator in Neah Bay, Washington. In 1980, he joined the Department of Agriculture, Soil Conservation Service in Ida Grove, Iowa as a Soil Conservationist and then as a District Conservationist in Spencer, Iowa. Russ moved to Portland, Oregon in 1984 to work at the Oregon State Office as the State Forester.  In 1999 Russ received his MA in Anthropology from Portland State University and served as the Cultural Resources Specialist for Oregon NRCS. From 2002 to 2009, Russ served as the State Resource Conservationist and Leader for the Ecological Sciences staff in the Oregon NRCS State Office. Russ became the National Technology Specialist for the West National Technology Support Center in Spring 2009. As the National Technology Specialist, Russ works to develop technical tools and provides technology support for conservation in the Western United States.